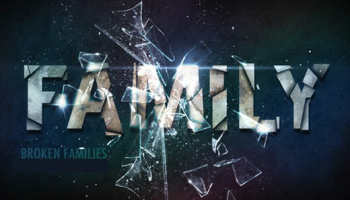 I had some trouble sleeping tonight, so I decided to come downstairs and write a little.  It always happens at night.  The thoughts get to be too much.  I still don’t know how to quiet them.

I think of my mother’s death.  The way it happened.  The way I was treated.  My mother died, and I had to mourn alone.  I did not attend my mother’s memorial service.  She has not been buried, to my knowledge, so I have nowhere to go and pay my respects.

My eldest daughter read something that said Christians must be buried, so that other Christians can visit the graves.  This is something else that’s been taken from me, against my will.

My Mother Has Died

I also think about the Shunning.  My father’s family has shunned me.  I found out a few months ago, from a younger cousin.  I had always hoped that my cousins would not hold the same views regarding infant adoption as the older generation.  I had hoped that they would not be ruled by shame, as much as their parents were.  I was wrong.  This young woman told me that I deserved the shunning, for reasons she was not sure of, but she was sure that they were justified.

It’s interesting how each side of my family reacts differently to me.  My mother’s family was not traditional.  There are many half siblings, and non-traditional family structures.  This side has been more accepting of me.  My father’s family is very traditional, considered a model family by some, and they shun completely.  Not one family member will break the ban.

I did some research into the psychology of shunning.

My fathers family is a cruel family.  They support and approve of my abandonment as a helpless infant, and have shunned me.

Social rejection occurs when a person or group deliberately avoids association with, and habitually keeps away from an individual or group. This can be a formal decision by a group, or a less formal group action which will spread to all members of the group as a form of solidarity. It is a sanction against association, often associated with religious groups and other tightly knit organizations and communities. Targets of shunning can include persons who have been labeled as apostates, whistleblowers, dissidents, strikebreakers, or anyone the group perceives as a threat or source of conflict. Social rejection has been established to cause psychological damage and has been categorized as torture[1] or punishment.[2] Mental rejection is a more individual action, where a person subconsciously or willfully ignores an idea, or a set of information related to a particular viewpoint. Some groups are made up of people who shun the same ideas.[3

Shunning causes pain to the shunned, as it is supposed to:

Shunning is often used as a pejorative term to describe any organizationally mandated disassociation, and has acquired a connotation of abuse and relational aggression. This is due to the sometimes extreme damage caused by its disruption to normal relationships between individuals, such as friendships and family relations. Disruption of established relationships certainly causes pain, which is at least an unintended consequence of the practices described here, though it may also in many cases be an intended, coercive consequence. This pain, especially when seen as unjustly inflicted, can have secondary general psychological effects on self-worth and self-confidence, trust and trustworthiness, and can, as with other types of trauma, impair psychological function.

Why so much pain and injustice in my life?  Sometimes I joke that I must have done something awful in a previous life, but it’s really not very funny.

I wake at night, and all this runs through my mind, and I can’t stop it.  I think about my mother, how much I loved her, how she betrayed me.  I have not seen nor spoken to my brother since he kicked me out of hospice.

Shunning and victim blaming happen a lot in Adoptionland.  How did something that’s supposed to be for the good of a child, turn into the hell that I’m living in?

This is me, right after i was placed with my adoptive family. I was with my mother in the hospital for 5 days, then in a foster home for 3 weeks. This was my 3rd home, and mother in 1 month. Do I look happy? View all posts by maryleesdream

8 thoughts on “The Shunning”