My parents faked my death. 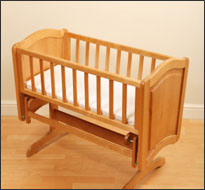 My father asked my mother to marry him when he learned she was pregnant.  They had been keeping company since she was 14 and he was 17.  Mom got pregnant when she was 16, and her mother knew the name of a good, illegal abortionist.  My Grandmother had had her own abortion a few months earlier.  They pulled twin boys out of Grandma, and it was probably for the best, because Grandma was not a very maternal woman.  She was a fertile woman though, having 7 children with 7 different men, not counting the doomed twins.

Mom had an abortion, and Dear Old Dad worked hard, all summer to pay for it.

Well, Mom fell pregnant again 4 years later, and this time Dear Old Dad  asked her to marry him.  They had the wedding reception in my Dad’s parent’s house.  They showed me home movies of the party, all the relatives there, and me, just a little bump in Mom’s belly, as she twisted the night away.

Mom and Dad began fixing up a little apartment attached to my grandparents large farmhouse.  Everything was going great until…Something Happened!

According to Mom, she went to a church with a sign out front promising help for women with problem pregnancies.  She was having problems with my father, and problems all around so she went in to get advice.  It was a front for an adoption agency, and they told my mother, a troubled young married woman that she should give away her baby.

Mom went home and told my Dad what happened at the church.  She was expecting him to react with horror to the suggestion of giving me up, but instead he loved the idea.

He moved Mom to another part of town, where they didn’t know anyone.  As mom’s belly grew larger, Dad started to work on her, telling her I would have a horrible life if they kept me.  He told her I would have a worse life than she did, and she had a horrific childhood.  She began to believe him,and she finally agreed to give me up.

Then he told me that they got married, then he realized that it wasn’t going to work.  My mother and father were heroin addicts who had sex with multiple partners, and Mom wasn’t willing to give up that lifestyle, so he thought it was best if they gave me away.

They decided to keep my birth a secret, then tell their families that I was stillborn.  And, that is what they did.

According to Dad, everyone believed the story and no one asked any questions.  No one asked where my body was, and there was no funeral.

My Adoptive Mom told me that story before I could speak.  It was part of my adoption story, “your parents told their parents that you died at birth”.  And in a way, I did.  Family life went on without me, and now I’m like a ghost to them.  It’s all very gothic.

My mother says she never said I died, except for one time, when her mother came to my parents apartment to see the new baby, and there was no baby to be seen.  She asked where I was and my mother screamed, “She died Mom, she’s dead”.  My grandmother never spoke of me again.

The dead baby story has haunted me my entire life.  When I was younger I imagined I had a grave out there somewhere, and a tombstone with my true name on it.  Little girls should be dreaming of growing up and having a wonderful fulfilling career and family, not wondering where their grave is, or why their mother left them, for goodness sakes.

When I found my parents, my cousin told me that the death story was true.  My dear cousin also told me there was no reason for anyone to question my death.  I think that the fact that I continue to draw breath, is a very valid reason to question my death as a newborn, but maybe I’m just screwed up. I had hoped it was a lie told by the adoption agency, but alas, it was not.  I began to wonder about that story, and wonder what happened to stillborn babies back in 1962.

I did some research online, and found out that unclaimed babies are buried in mass graves of 1000 tiny coffins in a municipal cemetery, on a lonely island in the middle of a large river.  Prisoners from a nearby prison bury the bodies.  They are the only attendants at those sad funerals, for the unclaimed dead of the big city where I was born.  And that’s what my parents did to me, and no one asked any questions.

This is me, right after i was placed with my adoptive family. I was with my mother in the hospital for 5 days, then in a foster home for 3 weeks. This was my 3rd home, and mother in 1 month. Do I look happy? View all posts by maryleesdream

5 thoughts on “The Dead Baby Story”